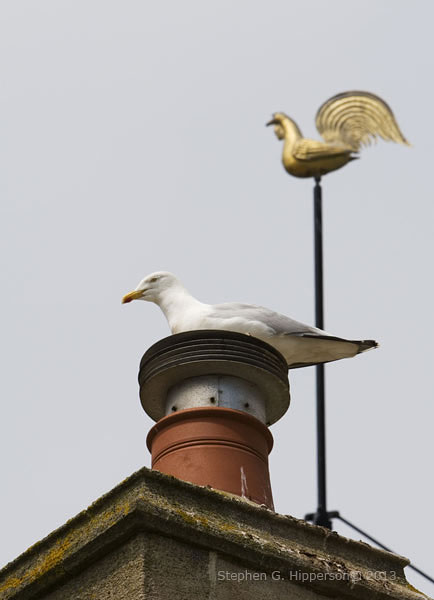 I saw the potential for this shot from some distance, so eased myself closer and closer – to an increasingly frantic alarm call from the gull (the cockerel was pretty quiet).  I expected the gull to take flight just as I got into the right position, like these things do, but I was lucky and I managed to get a couple of shots.  Unfortunately, I had to drop a down a fair bit from my original position to get the juxtaposition just right – it would have been nice to get a few feet higher to get more of the gull – instead of it being hidden by the chimney pot.

5 thoughts on “The Chicken and The Gull”