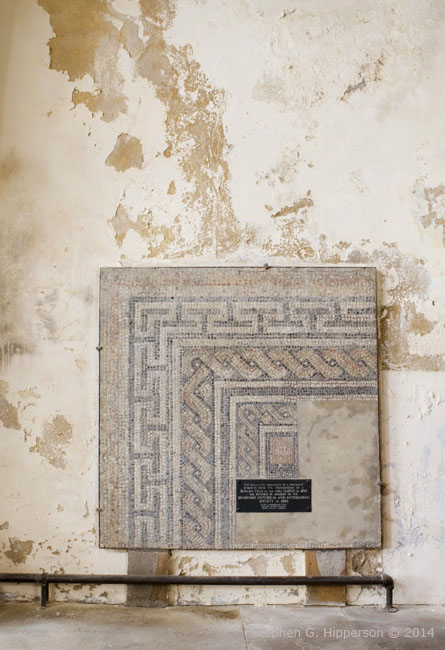 Possibly the oldest artefact I’ve found in the churches I visit.  It is a restored section of flooring recovered from the foundations of a Roman Villa found nearby.  The little sign reads

” This remaining fragment of a pavement removed from the foundations of a ROMAN VILLA in the MILL GARTH in 1859 was restored by members of the BRADFORD HISTORICAL AND ANTIQUARIAN SOCIETY in 1929.
Henry Cheesbrough Hunt
William Arthur Wilman
Henry Hahlen Morrish”