A photo taken from the floor of the amphitheatre in Italica, a Roman town in Santiponce, near Seville.  Unfortunately, access around the top of the amphitheatre was restricted so I couldn’t get a view showing the complete oval.   A shame, but as the site of Italica was free to access on the day we visited,  I was not too disappointed.  If you are in the area of Seville, Spain, Italica is well worth a visit.    The local people have a fantastic resource in this Roman site.

When they were in the early days of constructing the Metropol Parasol they discovered some really cool Roman remains, including some lovely floors.  Some creative thinking by all those concerned has allowed an exhibition area, called the Antiquarium, to be included in the base of the Parasol, displaying the floors and giving some background to the trades that were carried out there. 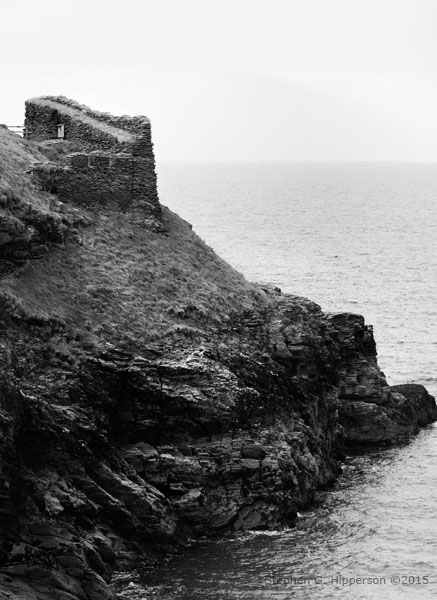 Allegedly the place where King Arthur was conceived, under a very decidedly devious deception of his mother.

From the ruins of Pontefract Castle (West Yorkshire).  The stone work in the foreground is part of the fabric of the castle itself, the tower with pinnacles is that of All Saints Church and the power station in the background is Eggborough.  The castle at Pontefract has a long and important history, it’s believed that Richard II was murdered there.

Possibly the oldest artefact I’ve found in the churches I visit.  It is a restored section of flooring recovered from the foundations of a Roman Villa found nearby.  The little sign reads

” This remaining fragment of a pavement removed from the foundations of a ROMAN VILLA in the MILL GARTH in 1859 was restored by members of the BRADFORD HISTORICAL AND ANTIQUARIAN SOCIETY in 1929.
Henry Cheesbrough Hunt
William Arthur Wilman
Henry Hahlen Morrish” 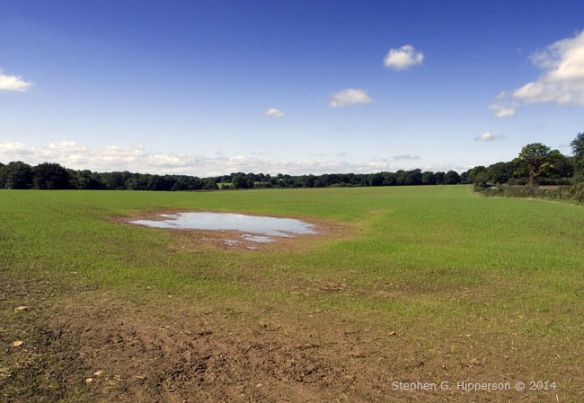 This field is the site of a medieval village that had the name Wothersome.  From my brief research, the village may have had as few as 20 residents.  There seems to be no evidence of its former existence – maybe some crop marks show themselves at the right time of year.

A second field, less than a mile from the first, is the site of a more modern village, one that lasted a mere three or four days, yet probably had a few thousand ‘residents’.  It is the site of a ‘tent village’ that came into existence during the ‘Leeds Festival’ at Bramham Park, West Yorkshire.  Now an annual event, it is likely a new village will appear at the same time next year. 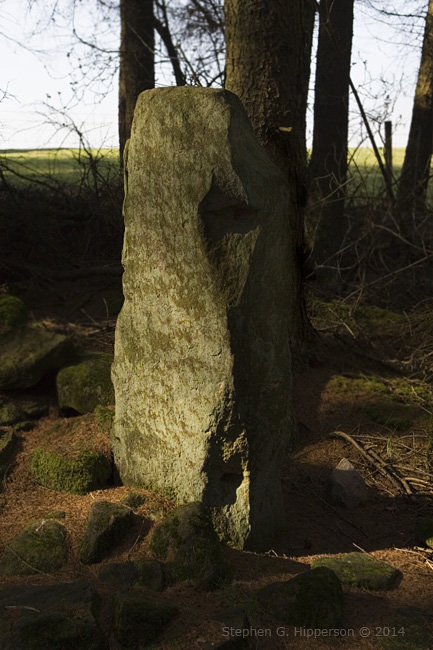