On the journey back from our whale watching trip we passed a large number of yachts – I found out later they were part of the ‘AZAB’  which is a race between the UK and the Azores and back again.  It happens every four years – some totally unexpected entertainment.

An example of some street art we discovered in Ponto Delgada in the Azores. …unusual which, I guess, is the prerequisite of getting such work noticed.

I saw this street sign in Ponta Delgada on São Miguel Island in the Azores.  Unusual to see a date on a street sign, I wouldn’t have thought much about it except it’s also my birthday.

I’ve always associated 6th June with D-day – while I was there I presumed the street had been renamed to commemorate that.   In fact, it’s more likely to commemorate the 6 June 1975 Micalense Farmers’ Protest that led to terrorism  and political turmoil. 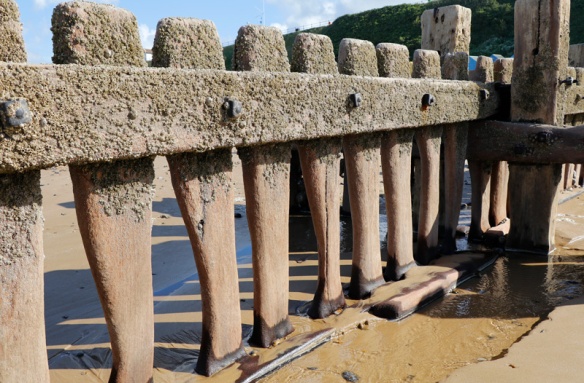 Years of surf and sand wear have taken their toll on this groyne.

A lifeguard on a Norfolk, England beach.

I saw the plane first, then I heard it, then I saw it’s owner.  I don’t know much about these things, but by my estimation the guy certainly knew what he was doing.  He didn’t have it tumbling around the sky like some demented mosquito – his control had the little buzzy thing performing a series of well controlled maneuvers between periods of level flight. 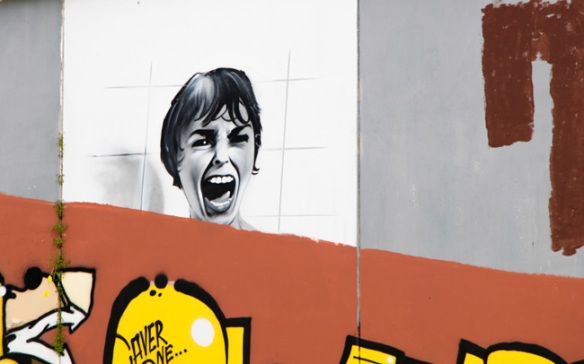 This caught my eye – a little apart from the usual graffiti I see.

I’ve never given a lot of thought to how they paint the sides of buildings in narrow streets – I just presumed scaffold would be erected, but hanging precariously from a rope obviously works too!

This lady has already completed a river swim and she is about a mile into the cycle stage – I suspect it can feel quite intimidating to have a tractor like this behind you.  I doff my hat to her (and fellow competitors).