A trip to the Peak District prompted a few short countryside hikes, while giving me a chance to practice my photography. On the very first day, I took this photo – as a bit of a scene setter, so to speak. What I didn’t notice was this character in the background of this shot – nor did either of other two family members with me. How we missed it, I don’t know – perhaps we were using all our concentration on keeping our footing as it was very muddy and slippy under foot.

It wasn’t until the majority of the Coasteerers had jumped in that I noticed the little wooden cross at the top of the cliff. I suspect more nervous individuals might have second thoughts before taking the plunge.

This small group of coasteerers gave me the impression this was probably their first time (everyone has to start somewhere) because of the tentative nature they entered the water.

On a walk I spotted this by the coastal path. At first I thought it to be one of those wall retainer gizzmos to stop the wall from buckling. But clearly it is marked by a rather unique pattern. Turns out to be a labyrinth, which is a symbol used by a community biassed group for the creation and maintenance of Cornish hedges – referred to by the name of Kerdroya.

I couldn’t come up with some snow but these Robins always look a bit festive.

If you drink have a nip of something to warm you through, if not, take some extra time to make yourself a satisfying beverage just how you like it. And look after yourselves – remember, without you there’s no us.

Further to my previous, I thought it might be worth demonstrating how big the roots of this tree were.  One without and another with a seeming mote of a human for scale.

I saw this street sign in Ponta Delgada on São Miguel Island in the Azores.  Unusual to see a date on a street sign, I wouldn’t have thought much about it except it’s also my birthday.

I’ve always associated 6th June with D-day – while I was there I presumed the street had been renamed to commemorate that.   In fact, it’s more likely to commemorate the 6 June 1975 Micalense Farmers’ Protest that led to terrorism  and political turmoil. 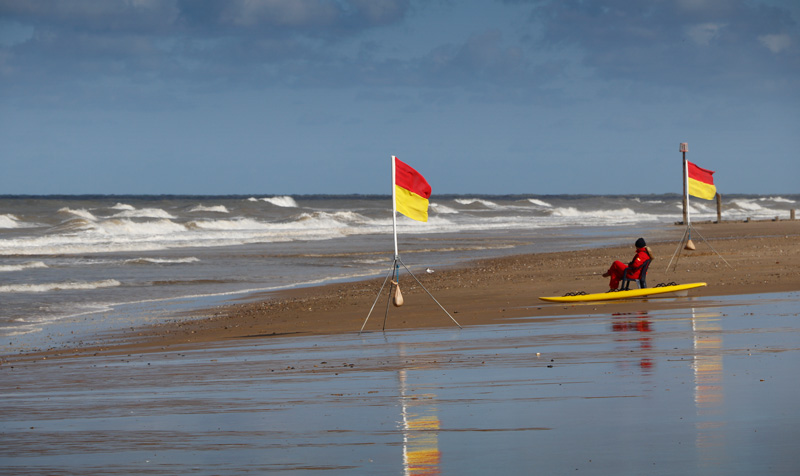 A lifeguard on a Norfolk, England beach.

I saw the plane first, then I heard it, then I saw it’s owner.  I don’t know much about these things, but by my estimation the guy certainly knew what he was doing.  He didn’t have it tumbling around the sky like some demented mosquito – his control had the little buzzy thing performing a series of well controlled maneuvers between periods of level flight.