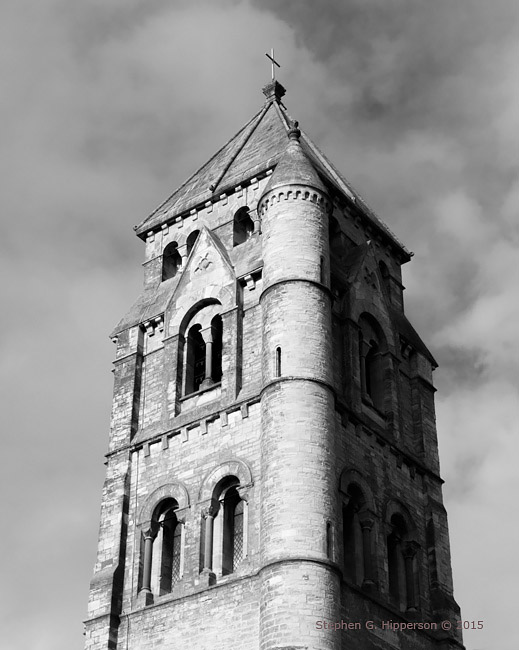 This is the top half of the tower of the church dedicated to St. Edward King and Confessor in the small village of Clifford, West Yorkshire. Apparently, the church was built to serve Irish workers of a local flax mill. This is a Roman Catholic church, as this would have been the religion of the mill workers, with the majority of the local people followers of the Church of England.  The tower was completed in 1866/7 – from my point of view, a relatively new church, I just paused on my bicycle ride to snap a couple of pictures.

I’d normally put this sort of thing on my other site (ecclesiarum) but as it’s not a true representation, i.e. I’ve flipped it horizontally….. artistic licence! 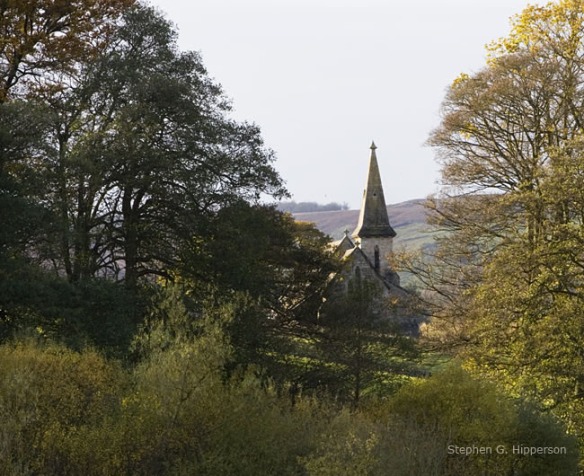 I’ve shown this church at Blubberhouses before, but I’ve not seen it from this position previously.  Definitely potential for a shot when the sun is at noon, maybe a bit before – we’re looking west from this position, not long before the sun would set behind the hill to the left – an earlier time would have the sun raking down the east (this) side of the church and throw better light on the foliage in the foreground.  This might also be a good position in the winter with snow on the ground.  Also, from here, the trees on the right help mask and awkward telephone pole and it’s wires, too. 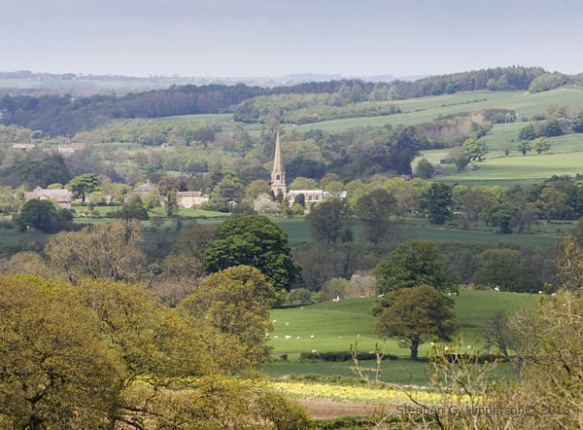 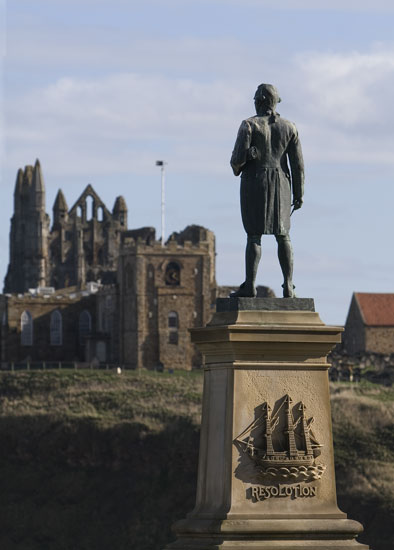 Captain Cook, well the back of his head anyway.  This memorial is at Whitby in North Yorkshire, England.  Resolution was the name of the ship of his second voyage.  In the background is St. Mary’s church and behind that is St. Hilda’s Abbey.

Between the statue and the church is a ravine which contains the fishing port itself.  The shot was taken with a longish lens to foreshorten the distance between the subjects.

Apparently, St Mary’s gave Bram Stoker inspiration for Dracula.  Every so often there is a ‘Goth’ weekend in the town.  Not been myself but many local photographers get along, and our local camera club competitions are usually littered with portraits taken there.

Now I’m writing this, I realise I really must get along there again some time, to do a proper job on the place.  It’s some 60miles from me but takes about 2 hours to get there – which is 4 hours dead time.