Further to my previous, I thought it might be worth demonstrating how big the roots of this tree were.  One without and another with a seeming mote of a human for scale. 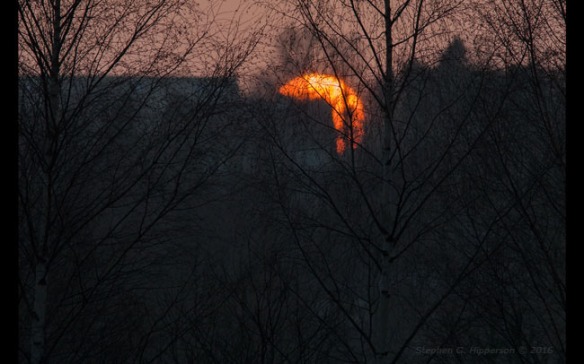 I was out on my bicycle this morning.  I’d looked at the map before I started out and thought I had a fair idea of the route. But when I found myself on a main A road it was clear I’d taken a wrong turn somewhere.  I turned off the road at the next available turning in the direction I wanted to go.  Although it was signposted as a cul-de-sac, I decided to venture forth – it’s often the case that the country roads round here end up as a permissive farm track of some form or other.  I happened upon an old guy walking his dog and stopped to ask if I could get through to a road if I continued down the track – he gave me directions, this way and that and up the hill and then take a sharp left down the concrete road.  I continued on my way after thanking him and wishing him a good walk.   When I saw this scene, with the leaf covered track and Autumn colours, I just had to stop and take a shot.  I think you can guess I was quite pleased to take a wrong turn.   (The full size version shows evident of camera shake – a body trying to hold a camera still isn’t going to be helped by a racing heart that’s trying to push blood through older arteries!)

I just liked the textures. 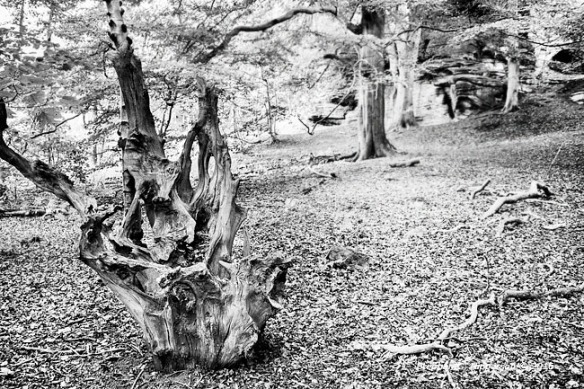 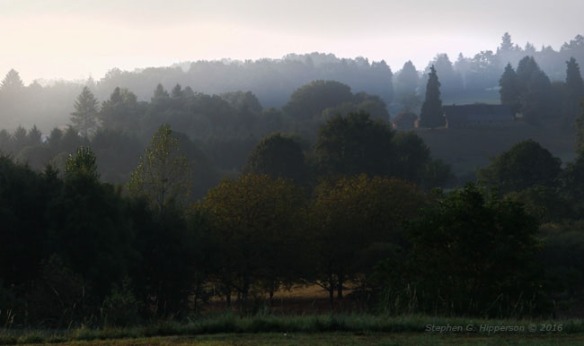 I have no doubt my influence here is derived from the paintings of Robert Kipniss, whose work I encountered for the first time a few years back .